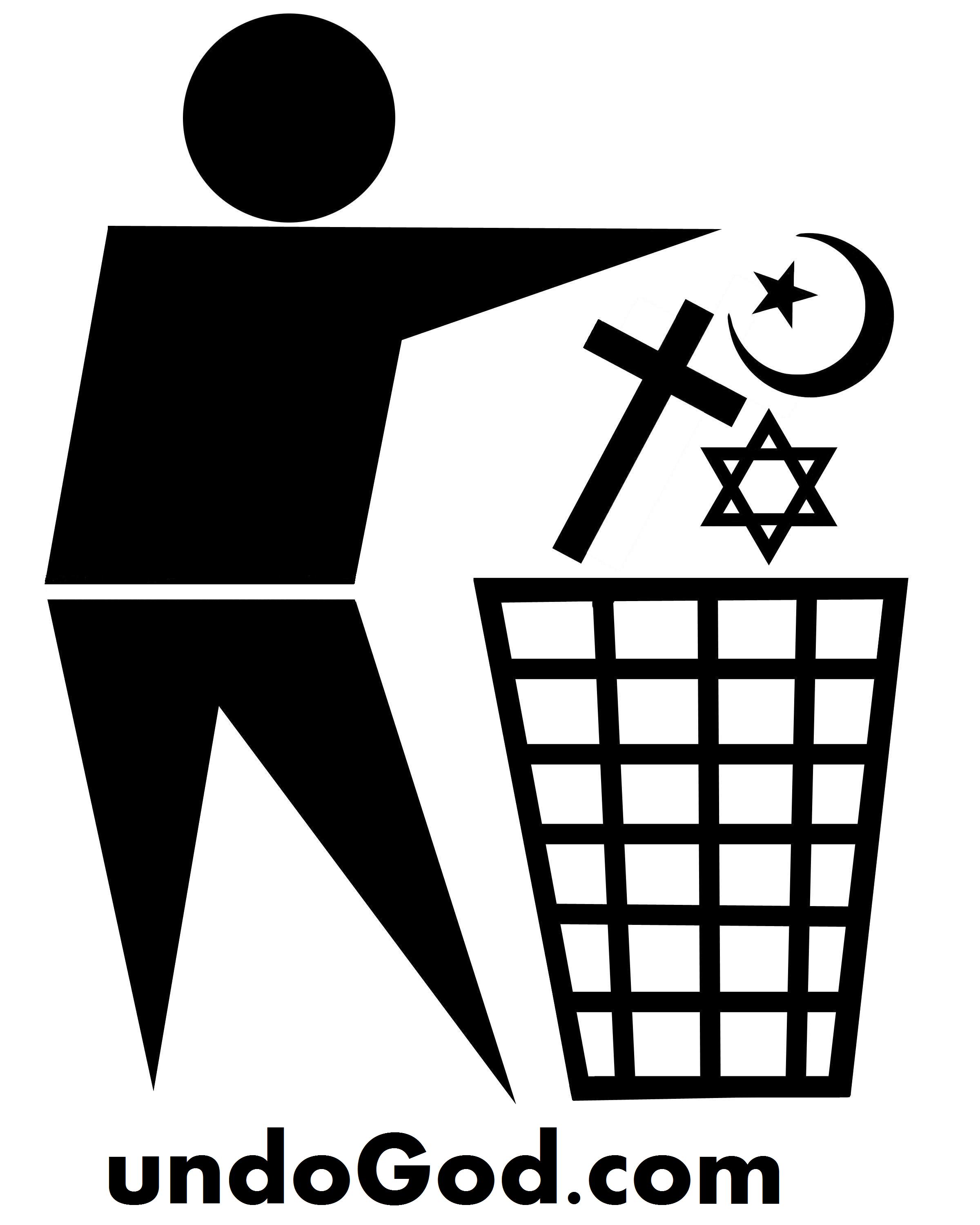 Religion endangers us all by TheAtheistMessiah
Make your own t shirt cheap on zazzle.

Below is a list of sites administered by Darwin Bedford for the purpose of advancing towards a post-theistic paradigm.

Whenever you see the word God in Google ads, please think to yourself "Everything said in the context of God being real is mere nonsense." and you'll be fine.

Welcome to undoGod.com
The time has come to advance beyond a religious paradigm.

Design a personalized gift at Zazzle.

I love encouragement. If you want me to continue my efforts to have the world understand that religion is harmful to society and mind fraud to individuals, then please send me a positive comment, or ideas that would help me. You could also make a donation, but remember, this website is not involved with a registered non-profit organization and therefore, your donation is not tax-deductible for federal income tax purposes.